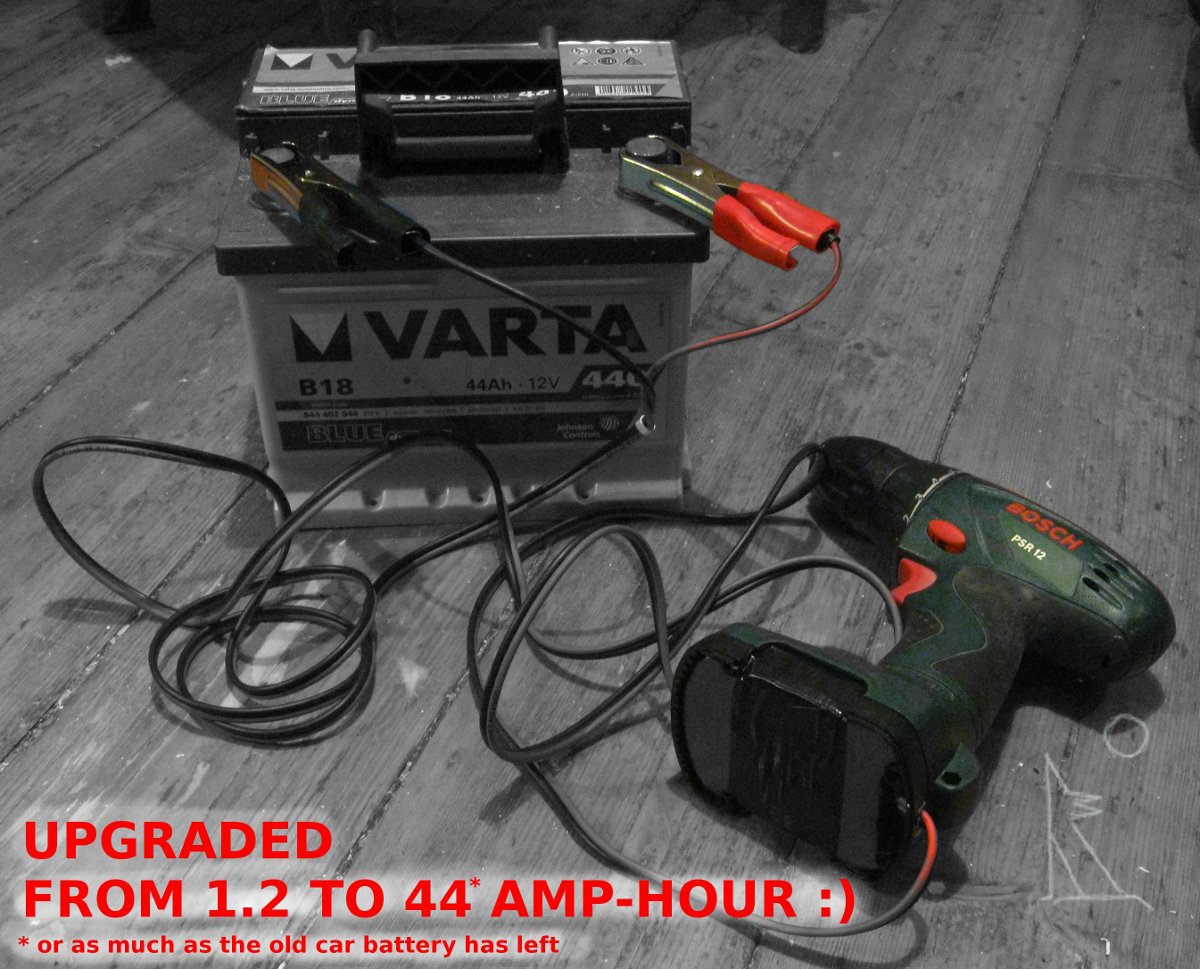 The picture tells it all.

It's luckily a 12V drill. And I got that battery someone abandoned because it was too weak for a car (I live in very northern climate, people often have trouble with batteries around here.) And I own a car battery charger to keep that big thing running. But it should not require charging very often, so you could manage with borrowing charger from a friend from time to time.

If you are contemplating some sort of plug to wall hack for your sad formerly-battery-drill, then be informed that it's a tough topic. Many people contemplate it, few actually make a solution and even these seem very much like fire hazard. In case you are interested in more scientific data, here's a video that shows how much current my drill needed.

And finally here's what I did with the suitcase that became obsolete without the original batteries.